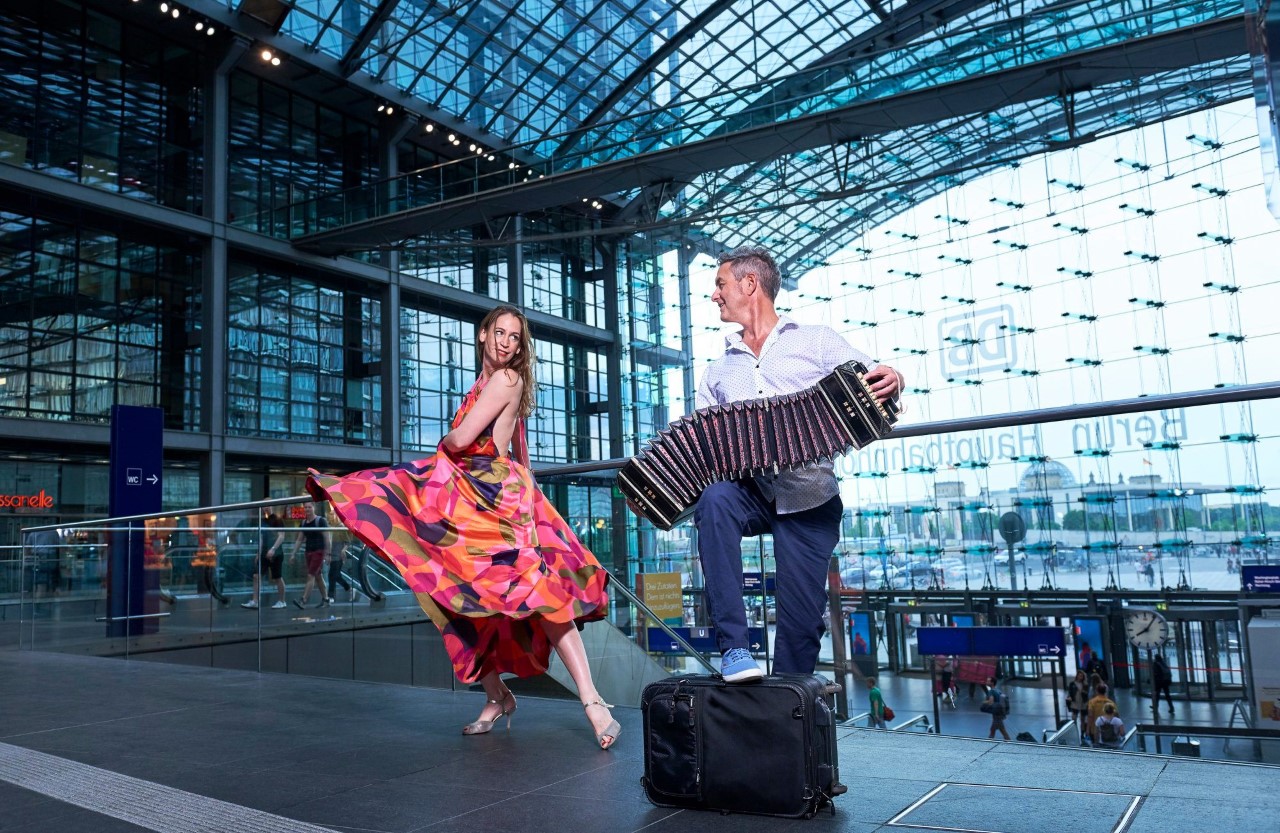 DJ Live “SouthAmericanBeats“, is a beautiful dance set by duo DJ Mona Isabelle & Carlos Libedinsky that includes tracks from the album #FUEYE by Carlos Libedinsky and others from South American Djs like Nicola Cruz, Chancha Via Circuito, El Buho.
While the Music flows the Bandoneón draws melodies that amalgamate the spirit of the South American continent

For 16 years, Mona Isabelle has been a DJ and owner of TANGOLOFT, the largest tango club in Berlin, where every weekend tango dancers from all over the world love their music and energy. Mona Isabelle is also an active international DJ, touring in Festivals and Milongas throughout Europe and Buenos Aires. In addition, she organize the Contemporary Tango Festival at Berlin’s central  station in collaboration with Berlin’s contemporary opera.

Carlos Libedinsky is an Argentine musician, composer, producer and bandoneon player, resident in Buenos Aires and Berlin. He was nominated for the “Latin Grammy Awards” in 2009 and 2010, and was honored as “Outstanding Cultural Personality” in 2013, by the Legislature of Buenos Aires, Argentina.